The Power Of Love

February 17, 2017
Once upon a time when I was  six years old I had this delusion that one day a prince would come galloping down our Council estate on a white charger, scoop me up onto the back of his horse and ride off into the sunset. We'd get married and have four kids, Lazzard, Icarus, Rainbow & Lyric and live happily ever after.....yes okay, I had an extremely vivid imagination for a little girl...... 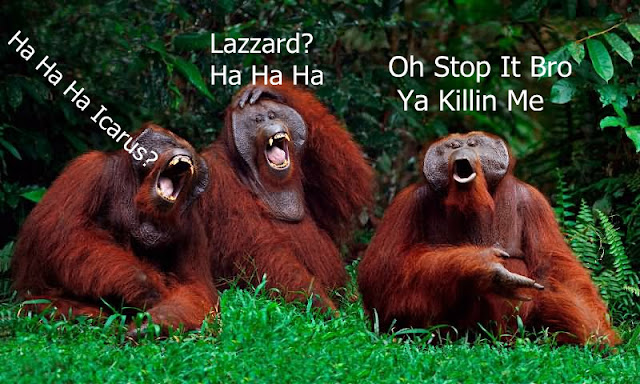 However, at the age of eleven my parents divorced and I was hit with that great big wrecking ball of reality and have remained single ever since. That's not to say I don't believe in Love, I just prefer to have love for everyone and everything rather than the one to one scenario. 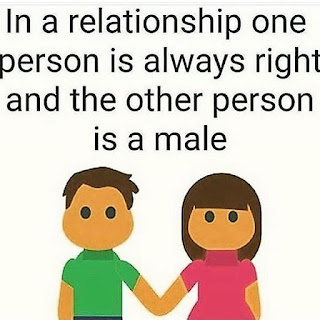 Granted there are many difficult people  in the world, and you might not necessarily like all of them, but you can still have love for them because they can teach you how not to be.

Love is a very powerful thing and while I know I run the risk of being carted off by the men in whites coats, I still wanted to share this with you. Some of you may recall that last summer I took up Sahaja Yoga Meditation?  Well as all of our houseplants were on their last gasp, I decided there was nothing to lose by trying a little experiment on them by  using some of the techniques I'd learnt in class, which involved a bit of chanting, bit of energy clearing & finishing off with telling  each plant that I  loved it. 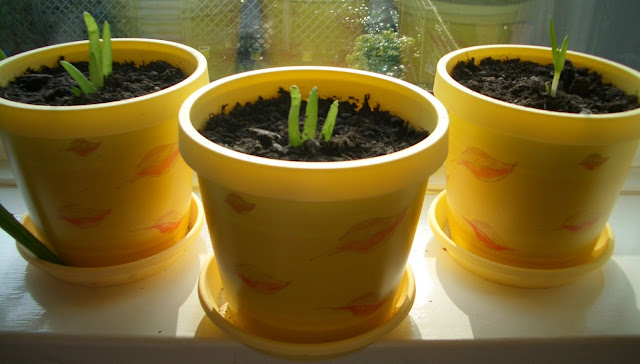 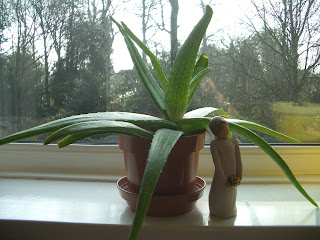 The results have been unbelievable, My aloe vera is now thriving and producing  baby aloe vera shoots right, left and centre, I've even had to buy some new pots to house them all.

The two orchids, bloomless, yellowing and dying are now suddenly flourishing with an abundance of  roots dancing through the surface.
Without knowing about my experiment (although she will now) my mother has even commented about the remarkable sudden change in our houseplants. 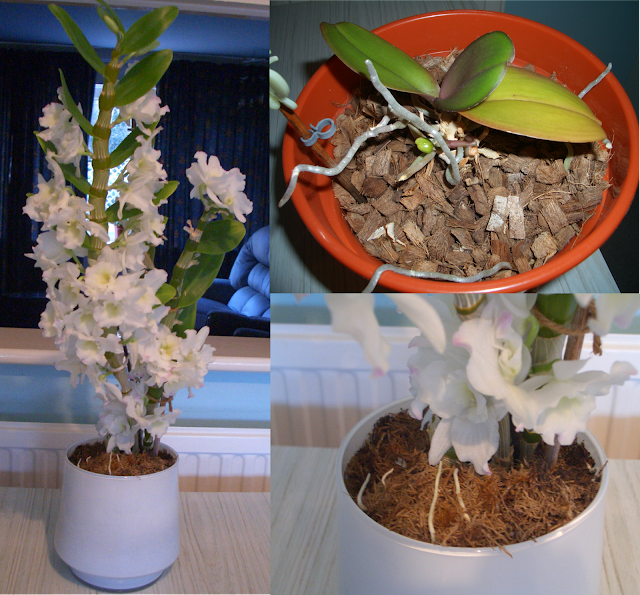 The powerful impact that love can have on a physical level must surely be a reminder, not only to be kinder to ourselves, and to nature,  but to also tell those around us on a daily that we love them?

Some things are not only smart by name they're actually genius, so let me introduce the Kasa Smart LED bulbs with a life expectancy of 15 years . Apart from downloading an App to your smartphone which is pretty standard these days, there's no special set up or expensive hubs needed. You can choose from 16 million colours...yes you heard right, and the best bit is the security that using these bulbs can bring. 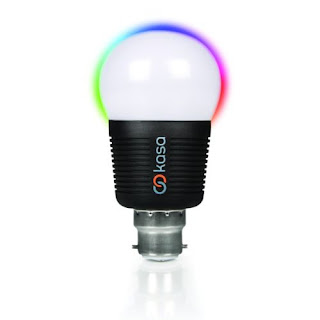 By using the timer you're able to  control the lighting all over your home when you go on holiday or if you're just out for the night. Plenty of other features too which you can check out for yourself at FIREBOX    A single bulb  is £ 29.99 or you can get two for just under £40 & well worth it I think you'll agree?

No explanation really needed with this next one? It's  Cereal  Killer bowls, & what a great way to start your morning.  Hand painted and available at Etsy from SarahsCraftsPlates   £7.50 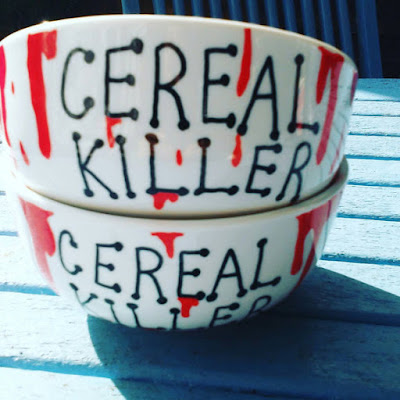 Causing a bit of a storm are these cute cat face watches. There are seven coloured leather straps to choose from & at a silly  £6.55 from LightInTheBox 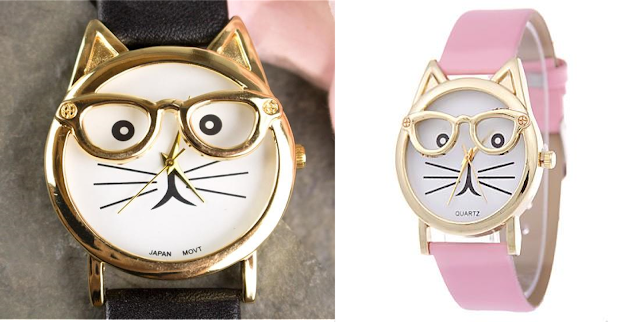 Years ago research found a biological basis for the two most intense emotions, finding love and hate were intimately linked.

Indeed! Hate is indelibly linked to power, as seen in establishment policies towards ME that protect those imposing disastrous, incomprehensively
cruel policies and treatments on ME patients just to maintain the reins of power.

Contrast the love shown by carers, parents and children  to family members/friends suffering from ME with proxy hate dispensed by ideologically driven policies of government/DWP against vulnerable disabled people, or the clumsiness and rigidity of social services when confronted with ME, where love seems like a four letter word.
As Jimi Hendrix said:
"When the power of love overcomes the love of power, the world will know peace" 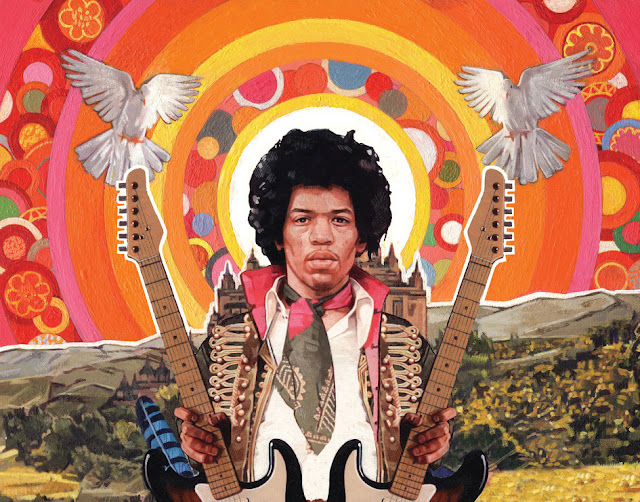 The charity has seen so many examples over the years of carers/parents/children giving up their lives to look after loved ones and provide support not otherwise available, unquestioning, resolute love, fighting against all that society throws at it.

Not unique to ME families, though the fickle mainstream media rarely gives any publicity to the suffering in the world of ME
Children especially, face serious challenges and dramatic effects it has on their health and social visibility. 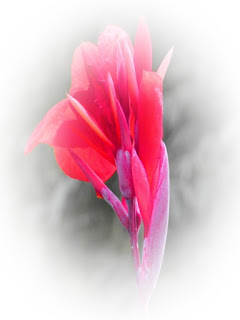 Lili's poignant story by her mother Diane contrasts the power of love in defending or supporting a child. As do the stories of Ryan, Alison Hunter or Karina

People with ME and their carers may find it difficult to celebrate Valentines Day, often only social media allowing some contact. Yet some ME patients do not even know what social media is, having been severely ill and in the dark for years. These patients are not forgotten though, as more able carers/friends keep them in their minds and virtual events are organised. The community spirit among ME patients is more important and real than any commercial Valentines Day. In the words of civil rights activist Maya Angelou-If you only have one smile in you, give it to the people you love. 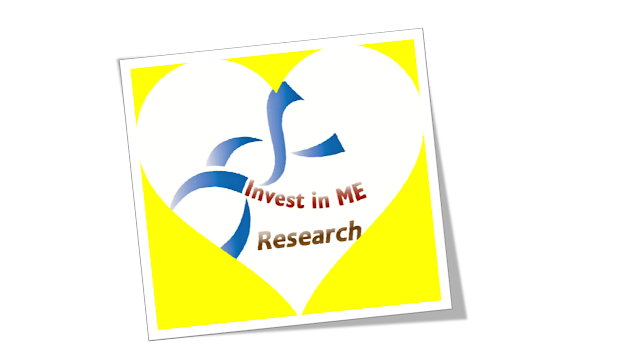 Keeping on the love theme  its origins stem from what's known as Indo Europeon and includes English, German, Dutch, Frisian & Scandinavian languages. In the old English language it was known as "Lufu" which was thought to have come from the old German word "Luba"  the old Frisian word "Luve", Gothic "Lubo" & very early forms in the scandinavian language  "Lof"

The word is recorded in English writings from the 8th Century......... when I guess someone used it to say  "I love Cheesecake".......maybe?

Lights off, candles on and the sound of  folk and roots duo Oka Vanga aka William Cox & Angela Meyer float across the room. I'm instantly lost within the mystical music and vocals of  the Wicken Tree, which is the first track off their new album "Dance Of The Copper Trail" 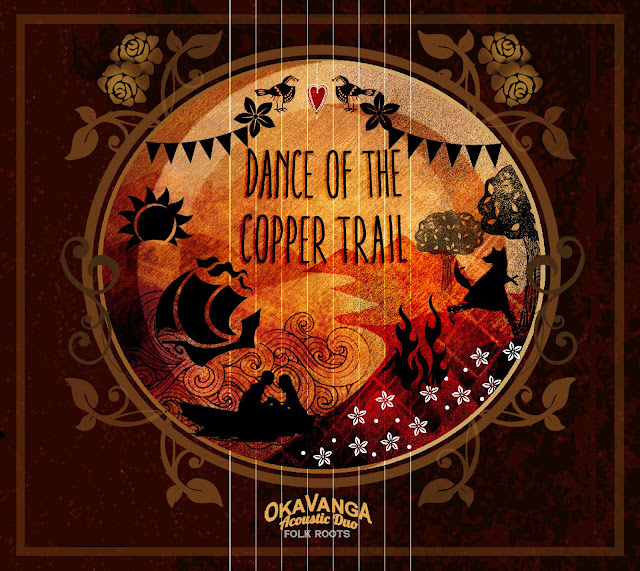 It follows on from "Pilgrim" their award winning debut Instrumental album in 2014 & their 2015 EP release "Tales From Eyam" which after much persuasion from Wil, saw Angela introducing her alluring vocals.


The same has to be said for this new album Co- produced by Mark Tucker & Angela Meyer & worthy of a mention. If you're lucky, you'll often find two or three stand out tracks on an album, I was on my sixth when I gave up.  Ashes To The Wind,  The Devils Tide, My Sweet Guitar...and they  kept on coming.

its a great album start to finish. From  guitar to mandolin to  double bass (Oliver Copeland)  and a fiddle (Patsy Reid) to die for.  When it comes to musicianship this is a masterclass and one you'll want to be downloading. It's released on the  31st March but available for Pre Order from their website Oka Vanga

Next up, a band I'm a big fan of,  and not just because they hail from my hometown of Watford. If you haven't heard of the Turner Brothers then you must be living on Planet Zog?
These guys have played some  impressive gigs and continue to keep soaring, but it's really no surprising with their damn fine catchy Toonage.

They are playing Boomtown held in ChinaTown on 10th-13th August. 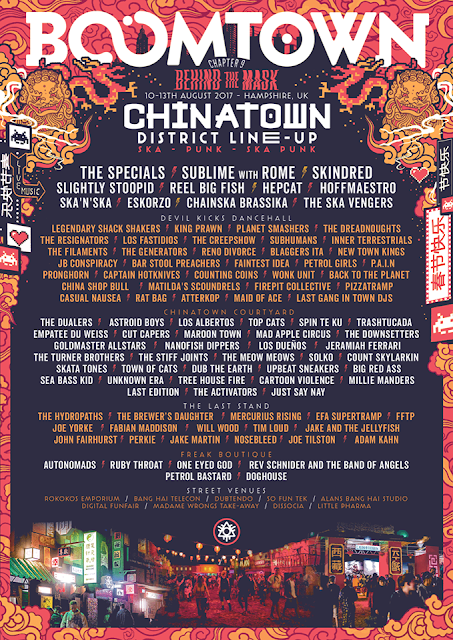 But If you can't wait that long they will be at The Horns in Watford Hertfordshire on 23rd February.
Fronted by brothers Anthony & Patrick Turner, the main fabric of their music may be Ska, but it has  elements of many other genres woven within & it sure makes for an exciting sound. I defy anyone to sit still when the Turner Brothers are in Town. More info on their Website.

Well that's it for another fortnight.
See you back here 3rd March. Til Then,
Stay Blessed. Back Before Elvis.  X