January 06, 2017
Let me start by wishing you all a Happy New Year as we come together for the first Column of 2017 with our dried fruit and peppermint tea? .....Yeah right, coffee and custard creams it is then? 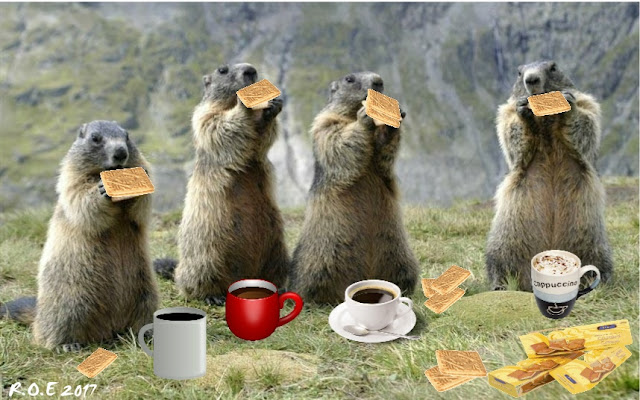 Well holy moly! like many of you I've been struggling with "Happy" after being hit with this cold bug going around since before Christmas  and  then yesterday afternoon I had a major M.E relapse....Things can only get better right?  it's not evident that "Happy" is doing any better on the TV front either  is it? What on earth is going on with the writers? I grew up watching Coronation Street and later Emmerdale & Eastenders with my mum, there was also hollyoaks of course and they had storylines and people that we could relate to, it was still escapism, watching someone elses life unfold on screen, but it was pretty relaxed family viewing.

But fast forward and they've all turned into action busters, violence, murders, death & explosions, hardly child friendly?  and I don't know about you, but  quite frankly I'm doomed and gloomed out? and have you noticed that when one soap has an over the top story-line they all follow like sheep  with their own similar story-lines ?

It's become predictable that every Christmas  Eastenders is going to be a miserable one. I don't even watch the soaps any more, I don't need to, after every wrist slashing, depressing episode the internet is ablaze with photos and chatter from fans outraged at losing yet another of their favorite  characters via a faulty electric toothbrush that's blown up the whole street. 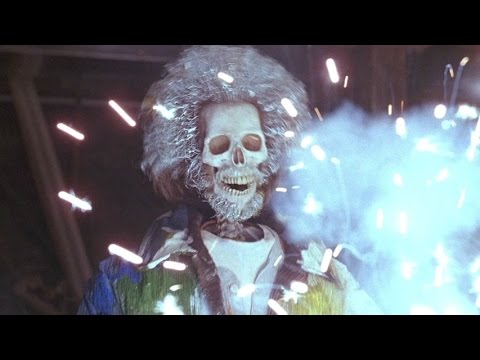 I stopped reading newspapers a long time ago too, not because I found the crossword too hard but because it was depressing, page after page of misery. Of course there's terrible things going on  all over the world and right here on our own doorstep, but there's good stuff too that we rarely get to hear about because whether newspaper, TV or other medium those in charge have decided the only way to keep us switched on is to shock in a negative way.

Trouble with that is, as Madonna and Miley Cyrus found out on the Music front, it gets to a point that once you've seen it all there's nowhere else to go. 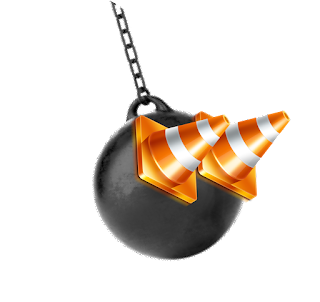 Shock TV isn't clever, it's old, predictable and lazy and until these writers start bringing the soaps back to a more intelligent reality, I for one will remain switched off.

But what do you think? Are you an avid soap watcher? Let me know your views.


Onto the first Gizmo, Gadget, Gift, and this is presently out of stock but that's only recommendation of how awesome these Weekend Clocks are. In such huge demand they don't hang around for long. You set the clock for whenever your weekend begins, could be 5pm Friday when you finish work? Or Saturday midday when you crawl out of bed? The clock then displays the hours, minutes, seconds until your weekend begins. Great for any age,  they come in black or white and will set you back a reasonable £24.99 from Nuku 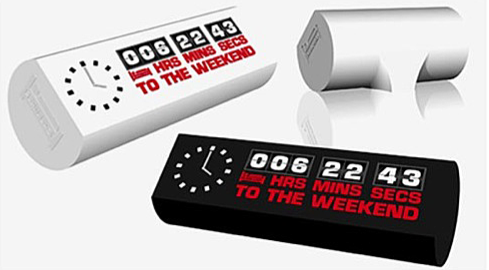 If you have a sense of humour and fancy something quirky in your bathroom then The Andre XB roll holder might be for you? Now in a sale at  £11.99 instead of the rather steep £29.99 & from  RED5

TopCashback?  I know I've recommended them before, but as it's soooo easy, I felt compelled to share them with you again and help you accumulate some free money. As a realist it's hard to believe I'm saying that, but I've just collected £50 that I split between two charities, Invest In ME Research & St Lukes Hospice Sheffield although you're also free to keep it for yourself of course.   Every time you shop online you go through TopCashback first and with every purchase you get cash, every store offers a different rate of cash back ,  .....but yes it really is that simple. If you take a look and decide to sign up through my LINK it will be greatly appreciated as I will get £7.50 towards my next payout for Charity. Which brings us on to this weeks news from Charity Invest In ME Research........

The charity volunteers did not take time off during the Christmas period but were busy planning for several tasks and events for the coming months. The charity’s work involves constant planning in trying to make rapid progress as our aim is to avoid needing to exist at all.

As a small charity of volunteers it is great to see fundraising initiatives in support of Invest in ME Research already being planned for the coming year. We would like to thank all of those who supported us last year or helped in raising funds and/or awareness of our research programmes, especially those who worked so hard in the run up to Christmas. Many donated to the charity instead of sending cards or receiving presents. 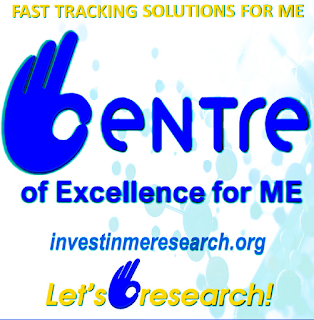 These very kind and generous acts all serve to enhance the Centre of Excellence for ME – the best hope for finding cause(s) and treatment(s) for ME in the UK - and it has developed from the efforts of great supporters. 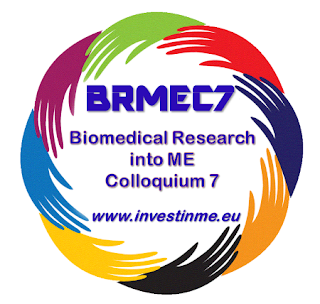 The interest in biomedical research into ME is increasing and hopefully considerable funding will follow.
The Ice Bucket challenge achieved wonders for Amyotrophic Lateral Sclerosis, also known ALS or Lou Gehrig’s Disease


Can ME do the same? The answer is always – YES WE CAN.

The Walk For ME Event  that Luke Remnant, Sarah-Louise Jordan and Ian McPhee initiated will be celebrating its fifth year this year and they have a new facebook page . Quite appropriate as next week the charity visits the Chief Medical Officer’s office to discuss ME.

CMO England Sally Davies was once quoted as recommending that adults are on the move for at least 150 minutes a week.
When we meet the CMO we’ll ask for her support – and maybe she will join our supporters in a Walk for ME for Invest in ME Research.

Let’s make it a success for ME.

If well enough then you and/or your friends, family and pets can walk, run, swim, cycle, fly, rollerblade, windsurf, horseback ride etc. for ME.
The choice is endless. More information here  Walk For ME

2016 saw the use of the word "Chatbot/Chatterbot" skyrocket. Quite a cute sounding word, bot is taken from the word "Robot" which came into use in the 60's. The word "Robot" however comes from the Czech "Robota" meaning forced labour which was first used in the play R.U.R by Karel Čapek in the 20's. Since the 90's Chatbot/Chatterbot has been used to refer to a computer program designed to simulate conversation with humans, particularly over the internet. This has since grown immensely but not always successfully as Microsoft discovered last year when they released "Tay" on Twitter but had to pull it when it began to produce offensive words. 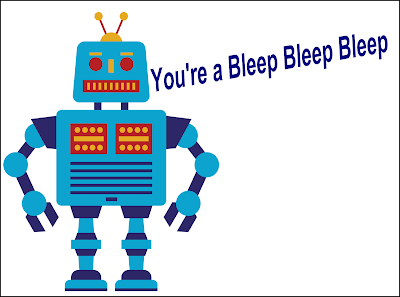 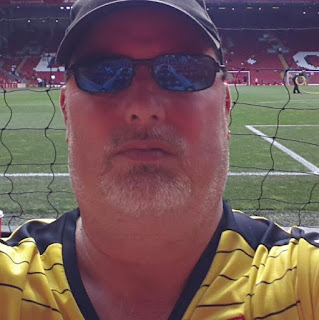 And finally, I love sharing talent with you in all it's forms, so it's a pleasure to introduce you to Watford photographer Gary Armstrong who is blowing people away with his nature photography.

Even more surprising is Garys story. As a single disabled man in daily pain, Gary had reached a very low point in his life. He would go and watch his much loved  Watford football team in action, but there were many days and hours in between where there was nothing  and he realized that if he were to go on, he needed to find a more frequent distraction. It was then he spotted that Maple Lodge nature reserve were having an open day, he'd never thought about nature or wildlife before, but he felt compelled to go, even  though it was a wet and windy day.... and the rest as they say is history. Here is one of my personal favorites,  a robin that has been tapping away at frozen waters and ends up with a lump of ice on its beak. 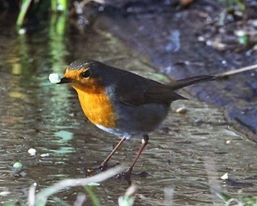 Gary also attends Drum which is a small registered charity based in Watford that provides day services and support to adults with physical and/or sensory disabilities, and they were able to turn some of his photos into a Calendar which were then sold to the public. Gary said he was chuffed to be able to help the charity raise funds via his photography and he hasn't been able to put the Camera down since. "It really is the best medicine of all, being surrounded by wildlife" You can see more of Garys work on Flikr . 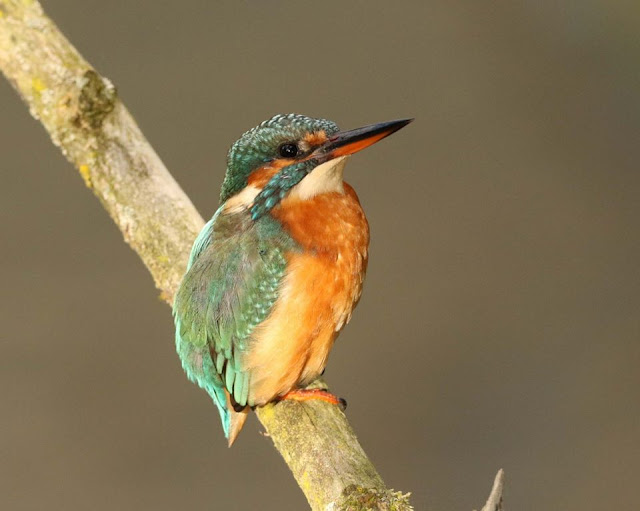 Well that's it for another fortnight, see you on Friday 2Oth January. Feel free to get in touch,it's always good to hear from you & if you've got a talent of any description that you'd like considered for sharing on here, inbox me with a link at Runnin On Empty or  email: officialmamachill@gmail.com and i'll take a look.
Til next Time, Stay Blessed
Back Before Elvis x