Are Muscles Cramping Your Style ? 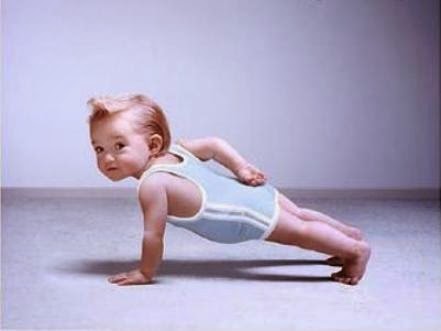 I often see status’s from people with M.E worried about certain symptoms & It’s the same worries and symptoms I’ve seen time and time again over the years, so I thought I’d  write a few blogs over the coming weeks that will hopefully address and alleviate some of those worries. I’m going to concentrate on one symptom at a time so as not to overwhelm and hopefully it will be more easy to digest and more helpful. 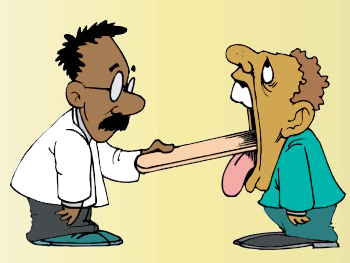 The aim of this blog is to  try and reassure, in a fun informative way, but I’m not a doctor, and I don’t know your circumstances, this is purely from my own 24 year journey and experience from living with M.E, so if you’re having any symptoms it’s important to get it checked out. This first   blog looks at  muscle Spasms  and chest pain.

Having observed my mum & dad in my childhood years I’d always thought a muscle spasm was just cramp, something people only got in their foot or leg that caused them to hop around the room  like Minister of silly walks Basil Fawlty yelling obscenities. Did I really say "JUST cramp?"........... hold that thought.

In the early stages of  illness before I was diagnosed with M.E  there were a few times  I thought I was having a heart attack, the very first time it happened  I was sat watching  TV when I suddenly felt a tightness in my chest, my heart began racing &  it became hard to take a deep breath and I also started sweating. 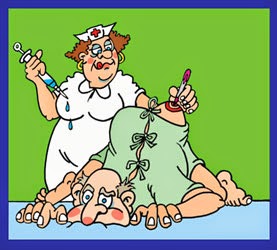 I didn’t want to panic my mother so I left the room and went upstairs, the tightness became unbearable, so much so that I literally curled up in a ball on the floor  as this was the most comfortable position.  The doctor was called and when he arrived, he  took one look at me  curled up, ass up in the air and asked what I was doing?

What the hell did he think I was doing...... sniffing the carpet?  I tried to explain but was having trouble talking due to  lack of breath but he just said I was probably stressed and to go to bed…. and then he left……little did I realise at the time  that I’d be facing  the same level of dismissiveness and ignorance for the next 20 odd years.

It was only years later from my own experience  and research that I realised it was  indeed muscle spasms….cramps….oh yes …  Just as  healthy people often get cramp in their leg or foot, people with M.E are prone to getting cramps anywhere and everywhere.

Now, whereas someone with leg/foot cramp  can stamp and rub the cramp away,   its virtually impossible to do when its in your chest unless you want to impersonate Tarzan of course……? 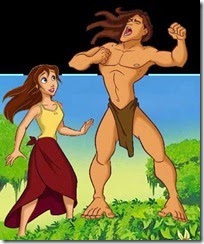 unfortunately its often far too painful to move  and I find  staying very calm, sitting or lying still, closing my eyes  and concentrating on slowly breathing in and out until it passes is the way to go,  followed by a nice cuppa tea/coffee with a bit of sugar in to deal with the shock…. Now for those that don’t get why it would be a shock to the system,  I just ask  “Have you ever had a really bad case of cramp in your feet or legs before?”  which is usually met with  something like “oh crikey yeah it was agony” to which I reply "ok, well imagine that…but in your chest"?...........Its then, I can tell by their facial expression they understand. 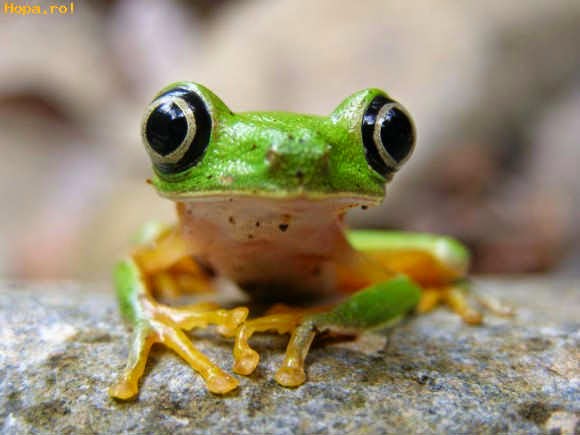 My main problem area apart from my chest is eyeballs, again when it first happened I had my eyes checked out but everything's fine…apart from the muscles that insist on cramping  of course  making it feel as though they are about to explode, and again it is extremely painful.

Most people get leg/foot cramp because they’ve over worked a muscle, maybe by running, or over use in the gym. Another cause can be  sitting/lying in one position for too long. But in cases such as M.E it's mainly caused by faulty signals from the nervous system that cause the muscle to contract for no apparent reason.

Bathing in Epsom salts can help as it relaxes the muscles, but like 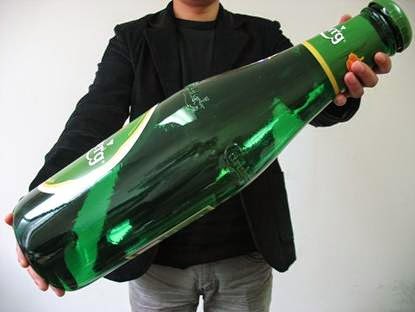 I’ve said before what works for one doesn’t necessarily work for another. Try and drink plenty  of fluid over the day & stay hydrated as being dehydrated can trigger cramps, you should try and have a glass of water or some kind of fluid at least every two hours.  On average you should be drinking between 9-13 cups a day ...alcohol not included i'm afraid.....

also low levels of magnesium, calcium, potassium and sodium can cause cramping, so make sure you have things like whole grain breads and cereals, nuts fruit and vegetables, and dairy in your diet.

I've been a  vegetarian for many years but I’m always trying to improve on what I eat to alleviate & reduce symptoms. One of the things I do is have a Tupperware dish filled with mixed nuts that I keep handy, brazils, almonds, hazelnuts & walnuts, you can buy them altogether in one packet, and leave them on the table in the lounge.  Every afternoon I make sure I have a handful, and its an easy routine to keep up.

As some of you know, I’m also a big fan of Pernaton products,that I first discovered in my mums "Yours"magazine.  Its natural so you can use it as much and as often as you need, and 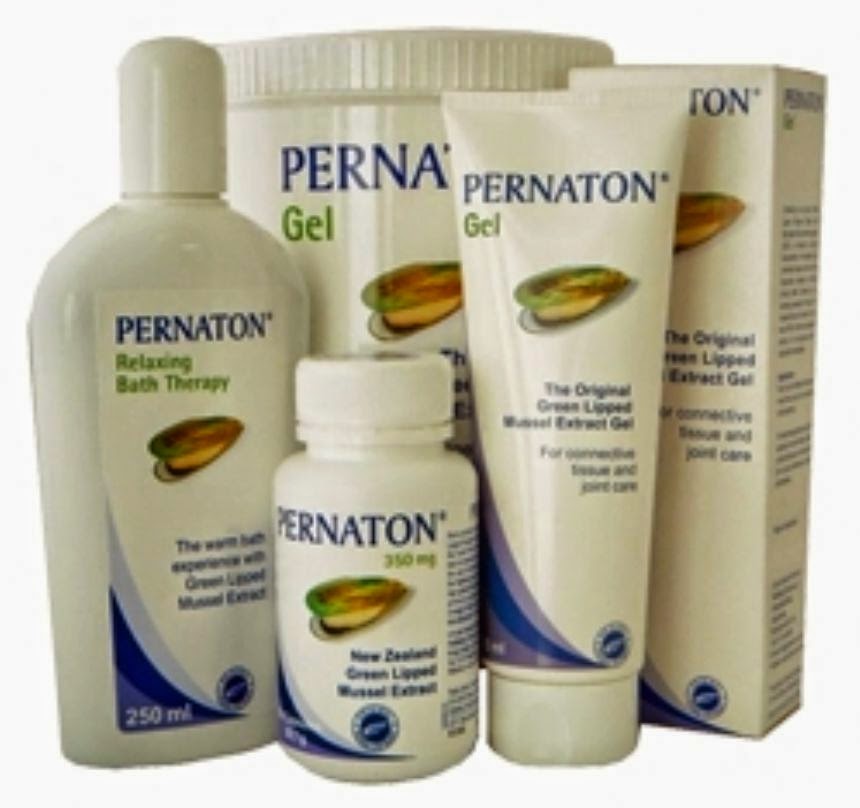 after rubbing it into joints & limbs I find it brings some much needed relief, and even though the smell wears off quickly so you're not walking around stinky, its actually made up of aromatherapy oils. In fact I rub a little either side of my nose at night as it's comforting and I find it aids sleep. You can read about it on their website: 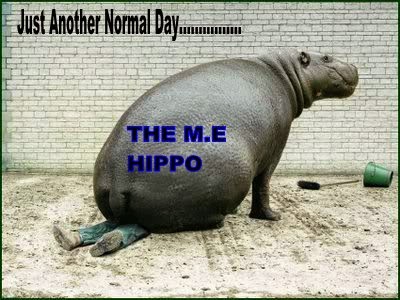 It was some years later that I was again hit with pain in the chest, different to the muscle spasm pain but just as painful, my automatic human response was to think I was having a heart attack….here we go again. It was severe and sharp like stabbing and gradually seemed to spread out over the whole chest area, and it stung too and made it difficult to breathe, like a hippo was sitting on me.  I didn’t go to the doctors that first time, as daft as it sounds I was too scared, but by the third time I knew I had to do the sensible thing. 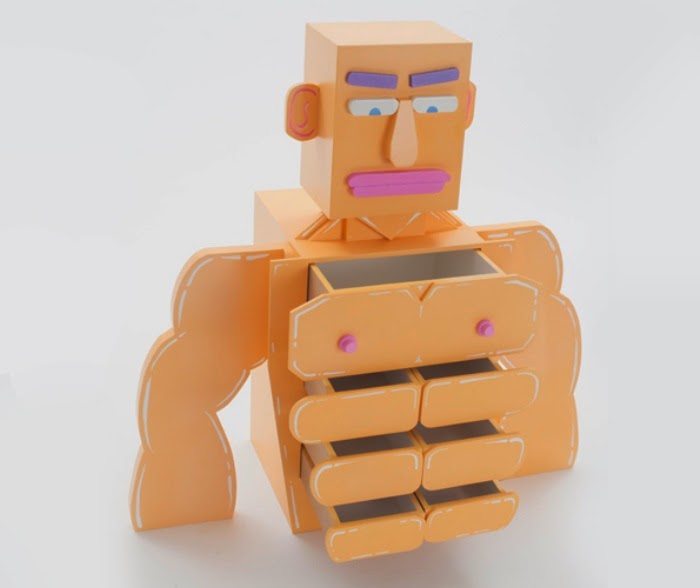 It turned out to be something that again is quite common in M.E sufferers, a  musculoskeletal  problem called   “Costochondritis” which  effects the chest wall & is caused by  inflammation in the joints between the cartilages that join the ribs to the breastbone.  Although very painful, its not life threatening or serious and is often treated with painkillers and anti- flammatory drugs.  While there is no known reason for people getting Costochondrtitis,  those diagnosed with Fibromyalgia tend to be more prone.  It usually settles down again in its own time.

It’s a waiting game where you just have to be sensible, cases often 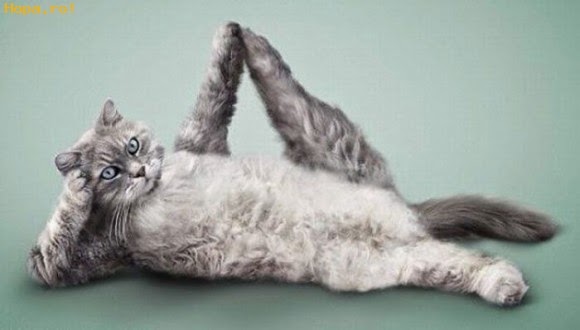 last for between 6-8wks at any one time, so don’t  overdo things, rest, but try and keep a little active with gentle stretches, putting hot water bottles on your front or/and back can help ,  take painkillers with a warm drink , and generally just be kind to yourself and know that it will pass.

I wish I could give you a magic cure for these things but unfortunately there isn’t one, just coping stragedies. So read what other people do and just  keep trying various things for yourself until you find something that helps you cope better, there are no set rules, just what's best for you.

I prefer to use yogic methods such as breathing techniques and mediatation to cope, along with a healthy diet, natural remedies and a positive attitude.  Its not always the way of course, being ill and having horrible symptoms suck and there are times where I collapse in a heap and blub with the best of them,  but being a miserable moaney bugger wont change anything so i’d much rather concentrate on coping techniques & being happy, that way I can assure the illness wont take all of me.


PLEASE don’t use this blog to self-diagnose. If you have any of the above symptoms  that are cause for concern  then  see your doctor immediately or  go to A & E.