December 18, 2013
Trying to do normal things when we have M.E takes Ninja  skills for sure. 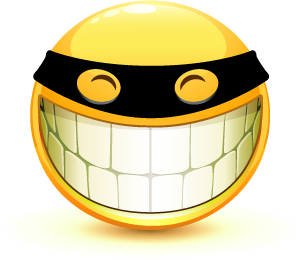 M.E is a bit like tha retro game of  Donkey kong, you can bet your bottom dollar that just when we’re feeling smug at having outsmarted M.E , made it to the second platform and escaped its evil clutches……BAM!  That pesky gorilla gets a direct hit with tha barrel of badass M.E badness sending us rolling back down to tha bottom again. 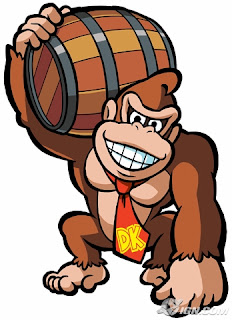 Hey Come on, I’m not askin for enough energy to save some hysterical damsel in distress at tha top …… gimme a break?

So last Sunday  15/12/2013  I’d been invited into VIBE 107.6 by tha lovely Nia Visser for her live on air Raw Vibes Christmas special, woo hoo!...oh hang on, I don’t perform live, due to the likely chance of running out of every last drop of breath mid song….& with tha usual headful of Marshmallows it means remembering where I am can be a task in itself  let alone a whole song. But Nia was fine with that and would play two trax off the album instead, yaaaaay I’m going. 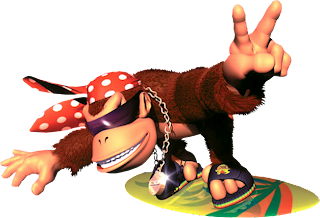 Those of you who have M.E will know that taking yourself  anywhere is like  going somewhere with a child, except in this case I’m toilet trained…honest. Tha thing is we need  a checklist, and my checklist is called mum. It feels a bit like tha Spanish inquisition, but a necessary one unfortunately. Where are you going? Is it far?  Will you manage the journey? Is there a toilet? How are you getting there and back? Have you booked the cab? is your phone charged? Got money with you? Got shades with you? Got painkillers with you?  Got enough energy? Check, check, check, check, ….erm, might have to hold on tha energy one, not very Rock N roll I know. 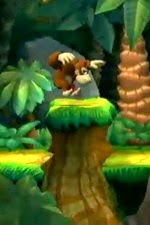 a tall order, impossible even. I always think I can do everything…until I run out of energy half way through, which if your out somewhere is a bit like being stuck up a tree without a ladder…….oh oh.

Everything in order I’m ready to leave tha house, it was awesome to escape these four walls and be amongst normal people….well musicians…., but uber super talented ones.
There was Minnie Birch yes thee Minnie Birch, her of  Sea shanty folk fame (Try saying that with ya teeth in) who generously performed a rap/folk collab earlier in tha year and that  you’ll hopefully get to hear sometime in 2014. Then there was Tom Craven, Sophie Ray, Telstar, The Nameless Three, & tha lovely Keith Hammond From GigShooters capturing it all on camera.
Aswell as being talented, they were all genuinely nice peeps, not an ego in sight. I loved being up so close to see them performing, what a privilege.

It was music, mayhem & mulled wine, I kept everything crossed that tha M.E would behave itself, and credit where credits due, apart from a slight wobble (or was that tha mulled wine?) it afforded me those two hours of normality. 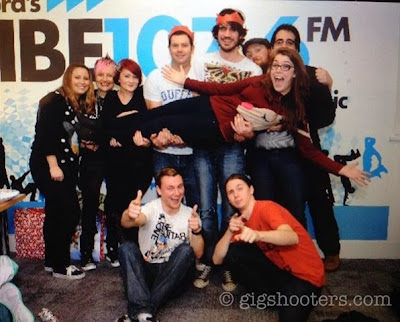 But then Monday Came, and Donkey Kong cranked up its speed and those barrels of badness came hurtling down quicker than I could say “How would you like a quick spin in my save barrel?”  When you live with M.E there is a health consequence for everything you do, from something as simple as getting dressed in the morning to something more adventurous like a two hour group gathering  of music menagerie at a radio station. We call it payback. 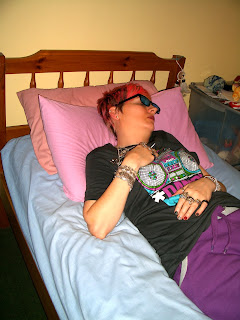 Due to low immune system I’ve now also got the dreaded chest infection that’s going around, so things are pretty pants here in tha Chill household, but I wouldn’t have changed Sunday for tha world, its days like Sunday that keep me ticking,  that make tha struggles and the relapses and everything that comes with this frickin awful illness worthwhile. Being hit with a case of rum instead of a supersize barrel of  M.E relapse would be more preferable but hey. 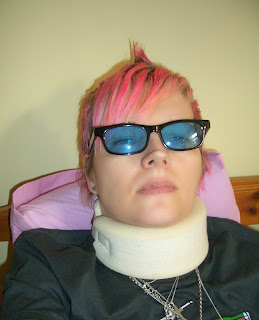 Its hard for strangers to grasp..."But you were fine this morning?" but we're not fine, we're never fine, you can never be fine when you have M.E, like most people we say it because thats what people expect to hear . M.E comes with many levels and many complexities. Some days just  being able to lift our head off the pillow warrants a round of applause. so you see we never quite know what any day will bring, of course it will be one of illness, it just depends on what level and what it will allow us to do. 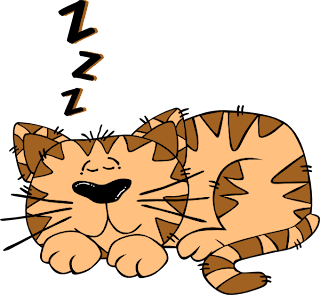 For most people energy is something that's daily taken for granted, they dont have to spare it a thought because they know they will have plenty to get them through their work day, and half tha night if they choose to stay up and party. Now imagine you've done all that...feel pretty rough tha next day huh? nauseous? hangover? pants? well thats just part of what it feels like waking up with M.E every morning even though we haven't done anything. Then throw in  muscle problems, nerve problems, bowel and bladder problems breathing problems, heart problems......dont make me reel off tha whole list we'll be here all night, but you get tha drift?

Its getting to do things like Sunday that make tha relapses more tolerable . I'm looking forward to continuing making  music in 2014 and using whatever platforms I'm blessed to to be given to  continue raising   awareness and understanding  too . M.E is certainly not a  a barrel of laughs  but we're not about to roll over, just yet.