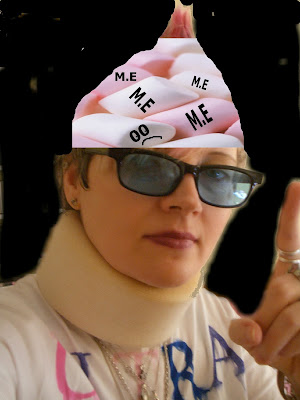 Hi, its been awhile since my last blog, partly because my M.E marshallow brain is having trouble operating and we have to prioritise everything don’t we?  And before we can even contemplate doing anything remotely interesting…like writing a blog, we have mundane things to do like draggin our butts out of bed, easy for some, not so easy for others, especially when said butt feels as though its been weighted down with a couple of dumbbells…or is that the choc chip muffins? 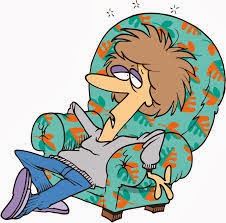 When you have M.E every single day & every single thing is a challenge isn’t it?  for most healthy people its an automatic daily ritual given no thought at all, & I remember those days well. My normality was running a newsagents, I  got up, washed and dressed, walked the three minutes to work to arrive at 5am,  dragged all the newspapers off the step, counted & sorted them, spent 20 minutes on the phone to W.H.Smiths
complaining about shortages,  set up 15 paper rounds ready for the kids, put new magazines on the shelf, took old ones off, & was ready to open the doors & start serving customers at 6am.  I rarely became human until 10am. These days I rarely become human full stop. 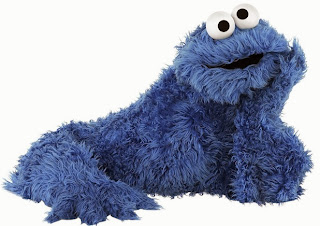 After 24 years of going head to head with this wretched illness I seem to be finding  it harder to get back up off the canvas, don’t get me wrong, I’ve still got my boxing gloves on,  but they’ve just come undone. 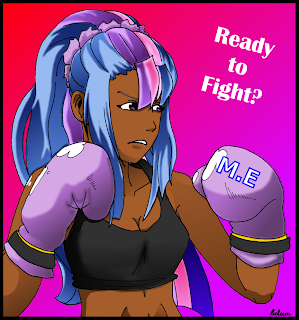 Even after 24years not a day goes by where I don’t have  a momentary panic at the likelihood  of never getting my health back, never fulfilling the hopes & dreams I had, & wondering how much longer I’ll have the balls to stay with it regardless.

The awful thing about meltdowns is everytime they happen, thoughts we are unable to control seem hell bent on crucifying us with the obvious and there’s nothing we can do but let it come and pass. I seem to be constantly reminded of what I’ve lost, what I can no longer do & shown a future that quite frankly with M.E looks pretty bleak…..& that’s not even contemplating Tena lady, false teeth & corn beef legs....ahh the joys of middle age. 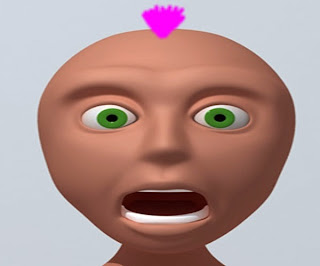 I consider myself mega positive & chilled most of the time, so it makes dealing with a meltdown even harder to deal with. The problem with a physical illness is that the

frustration & emotional pain is often as equally     unbearable.
I hate what M.E does to me, I hate the fact I cant work and often get grouped in with all the lazy buggers who’ve never done a days hard graft in their life, I hate no longer having my own wage packet that I sweated for, its painfully hard to see people working, partying, living life and not being able to do it, it makes me feel useless, worthless, it’s a struggle to not let the frustration eat you up………& then like a vicious circle  we hate & berate ourselves for being self-piteous don’t we? M.E changes our life, & us so drastically, turning 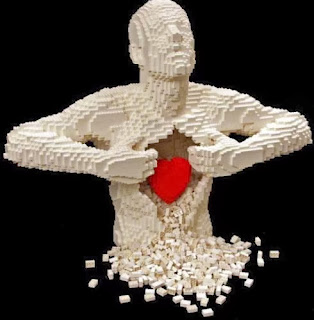 us into to someone we no longer recognise,  we can only try…..& keep trying to deal with it, taking one day at a time & hope it doesn’t end up swallowing us up whole.

You know there’s something wrong when you spend three sleepless nights talking muffins to yourself……yes you heard right…Muffins.
I’ve lost count of the times I’ve laid there alone in the dark, physically knackered but mentally awake,

Just so you know, talking Muffins to myself wasn’t a  sleep remedy, it was just to distract from the sheer frustration and enormity of a life planned  gone wrong  thanks to M.E.

So I decided to think of popular TV shows and replace a word with Muffin, like:
Loose Muffin
I’m a muffin get me out of here….. 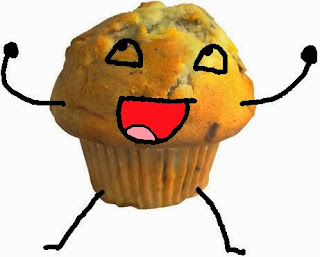 Then I moved on to Disney
Snow white & the seven muffins
101 muffins,  Mickey & Minnie Muffin  …..

Not content with that I moved onto music, The beatles catalogue first with hits like:
I wanna hold your muffin, it’s been a hard days muffin …

Then I moved swiftly on to Abba, Mama Muffin,  Take a Muffin on me, Then I did Take That songs It only takes a muffin, Relight my muffin……….

I was soon pulling up every band and artist I could think of out of the recesses, Status quo Muffin all over the world,  Oasis, Wondermuffin and they just kept coming until eventually morning came.

Yes my friends,as those of you with illness will know, living with a life changing chronic illness can do weird things to you over time for sure & 24 yrs brings a whole lotta weird things.  But just like all the other times I know I will emerge again at some point boxing gloves tightened to fight another M.E day ,but right now my brain & I are lost somewhere in a vortex of M.E marshmallow 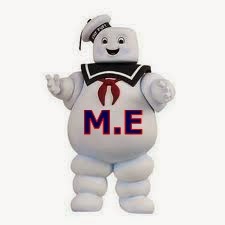 madness and I just have to let it come and pass again.