So just when you think “I cant possibly get anything else wrong with me, things have got to be on tha up”? Something else goes wrong with you & you’re rugby tackled to tha ground and sat on by some other uninvited ailment.

Anyone would think I was vying for a spot on Dickinsons deal to show off my collection, & I wouldn't mind off loading tha lot i can tell you. I can just see David Dickinsons face as I spread  my ailments over tha table, Scoliosis, M.E, Fibromyalgia, Osteoporosis,  Hypoglycaemia, TMJ,  & Costochondritis  ……I wonder how he’d value that lot?  “oooooooh cheap as chips”

I don’t usually bring tha smaller conditions to tha table otherwise people would be sat there digging tha fluff out their belly buttons with a biro & giving up tha wil to live.

I’ve never thought “Why me”? but I do find myself thinking “For f**ks sake, give me a break once in awhile”
Which isn’t too much to ask really. I also find myself thinking that God has an awesome sense of humour which might sound strange to some, but that’s tha way I  deal with most things in life.

I haven’t been THAT naughty in this lifetime so I don’t consider it as some kind of  punishment. But It could always be karma for a past life, maybe I was very, very, very naughty in that one?  Frankly, I cant remember.

So, my back has been playing up & seems to have worsened since last years Op. Tha surgeon said tha Mass had been pushing my spine out back, but I thought it would settle in time, but far from doing that,  its now effecting my left leg and I’ve lost part feeling in it.

So at tha moment l  feel a bit like Quasi modo, dragging my leg around. I’ve put off going to tha docs because I really hate going & from experience I concluded a long time ago, that you’re best just getting on with stuff by yaself, and that’s what I’ve been doing.

I purchased a back brace, save sitting up the hospital for hours and hours like I had to with my neck brace, and I purchased some special cushions, and I’ve been doing tha daily lying flat for half an hour thing that I was taught by an  Alexander technique therapist, & I’ve been drinking Orange juice before my evening meals because apparently that helps you absorb vit D & calcium which is good for your bones…yes , apart from swinging on ropes through Goodwood Parade woods  in nuthin but a loin cloth yelling like Tarzan Aaaaaaaaaaaaaaaaaaargh!  I’ve tried just about everything.

But I’m still in constant  pain, I’ve got a gammy leg, & I don’t have a clue whether its stemming from tha Op, tha scoliosis, or tha osteoporosis. It would be bad enough on its own, but I’ve still got tha daily M.E & fibromyalgia  symptoms to deal with too, especially unsafe swallow which has dragged on since way before Christmas. I’ve managed to go 22yrs without being tube fed, & although there have been times, like now that its not easy to persevere when you’re  choking every meal time, I’m not about to fall apart now.

But it all becomes overwhelming and my head feels like a Washing machine,. With so much going on and trying to deal with so many symptoms  I often wish I was a radio so that I could switch channel & listen to something decent for awhile, other than my own monotonous head voice, trying to make sense of it all, & trying to encourage myself to get through every day & tha words “For f**ks sake give me a break” ripple by again.

Anyhow, I’ve reluctantly had to succumb and my docs appointment is booked for next week, …. I’m going to warn him when I go in that I don’t want him giving me anything else to add to tha collection, its not even a collection I chose……Now me? I collect unusual pieces of silver jewellery,  I even have a collection of Simpsons stuff (yes that yellow family off tha TV…D’OH! ) give me some of that and I’m as happy as Larry. Ailments? You can keepem 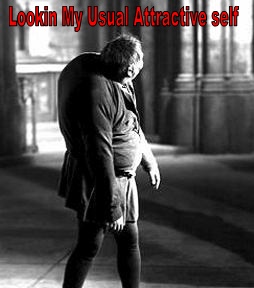