Get Stuffed & Blog Off

Well firstly Merry Christmas to all of ya, it's been slow but i've got there in tha end, parcels & cards sent, presents wrapped...yes, i'm ready.

As this is my last update blog of tha year my M.E health blog & my music blog that I usually keep separate on different sites are one and tha same because I just cant get away from tha fact that ones stuffing up tha other so it just seemed fitting to gel them together this time.

A few weeks ago I said  I’d do a home acoustic performance of sumthin & stick it up on Youtube, but as much as it kills me to say it I believe in being honest with ya, so…bottom line is I’m struggling. One of tha zillions of symptoms that come with M.E is memory loss, everyone’s different, for me its short term memory loss. Talk to me about when I was a kid and Dinosaurs walked tha earth and I can spit every detail lol! But ask me what was said two seconds ago and I’m blank.

I’ve gone over it a million times, I’ve left it a day or two so I chill out again before trying because its stressing me out with frustration…its so crazy because it feels its just another nail in tha coffin of who I used to be and what I used to be able to do before tha illness took a hold. I can no longer sing/rap & play tha guitar at tha same time, my memory can just about  handle one thing at a time & obviously I need to put tha two together to work. There’s been tears N tantrums I can tell ya , LOL! 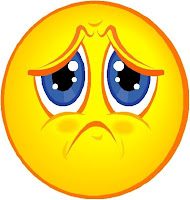 I haven’t given up though, even got a Ds with tha brain training game to see if it will help, I’m not tha kind to quit when things get tough, but …er…yeah, it hurts not to be able to do sumthin I used to do so easy. Guess theres a message in there somewhere? I guess all I can say on tha subject is for those of you that can come N go, and perform at tha drop of a hat, appreciate it my friends, coz I never in a million years dreamt I’d ever end up in this situation. 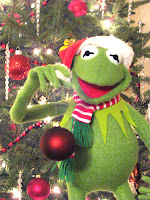 There always plenty worse off though & nobody else can do anything about it other than me so that’s what I’m gonna continue trying to do, push tha boundries of my limitations, but it just wont be before Christmas now, I hope you can forgive me, understand & give me time to try and achieve it? Its certainly been  one hell of a year what with tha Op and stuff  I know I’m incredibly lucky to still be here to see Christmas. So I know I’m blessed N its not tha end of tha world, it just feels like it sometimes but we all get times when we feel as low as a worms under carriage, but its how we get back up that matters.

Theres a million and one plans for 2013 that I’m dead excited about, apart from training my brain to be able to handle two things at tha same time of course lol! Theres tha 2nd studio album to work on, its going well but I’m looking forward to getting my teeth into it next year.  Gospel arts manna will be featuring on about 2 trax & I’ve got a few otha trax that could well take some other voices  so I’m considering inviting some local acts to come into tha studio with me to feature, I’m putting it off  at tha mo as theres always that fear of rejection if they're horrified by tha idea lol! What I can say is tha album will defo be another major genre/gender/bender even more so than tha first. I’ve got sooooooo many trax I’m not sure what ones to record and what ones to put on it, but hopefully that’ll all fall into place at some point.

I also have some major ideas to raise awareness of M.E that I’m hoping to work on with one of the M.E groups an I also want to look closer to home at helping some charities here in Watford in some way or other. I would also like to get back to my voluntary work at tha elderly day care centre because I enjoy being with them. I popped in tha other week, with chocolate N stuff to wish them Merry Christmas & they still remembered me which was pretty awesome , as most have dementia and Alzheimer’s , and again, it makes ya count ya blessings, tha thing to remember is, they’re  all someone’s mum N dad. Last but not least i'm on tha waiting list to get my tattoo done with tha artist i want who has a years waiting list.

It’ll just be me & mum for Christmas, we’re both veggies, so we’ll be having nutroast along with all tha trimmings, on a plate on our lap probably sat watchin all tha cheesy Christmas films….gotta be done ;)

Well that’s it, I’ll start wrapping up, but I want to say a huge thanx to  my Mum for being there, especially over tha hospital stuff ( I know it was pretty awful for you), Lee “Bruv” Redmond for lookin out for my mum while I couldn’t ( I’ll remember that til tha day I croak lol!)  Kirsty “Munchkin” Hatton,  Watford Gospel Arts Manna for their friendship N prayers,  Nia Visser & everyone at VIBE 107.6 for all their support, to Jay “Diamond Geezer” Adkins from Off the Chart Radio, to Kelly Betts &  Gareth Lloyd BBC Introducing , Womans radio, Gi & Joe Upper Room radio,  Shane “Unsigned Studios” Shanahan, Watford Observer, David Slater (limey59music), Doug Johnson, Lets Do It For ME, & Invest In ME    & all of you Lionhartz who have supported, messaged, commented, Thanx also to my fellow M.E sufferers who have become good friends & whom i’ve shared many a struggle but also many laugh with over tha year, Thanx everyone for tha Luv N Faith, hope I return it, & I hope I haven’t missed anyone out?  Stay blessed, I'll Be Back Before Elvis, so  have yourselves a wonderful Christmas & an awesome new year. Now get off of here, and  get tha alcohol opened..or tin of Quality street….or both.  XXX