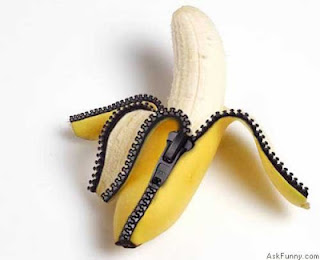 I’ve found Tha easiest way to  describe tha lack of energy problem that comes with M.E is to ask  people to imagine they have a large oxygen cylinder strapped to their back that’s filled with their quota of energy for that day and once it’s used up, it’s a bit like a computer game, you’re wiped out, finished, cant do anymore.  Now a healthy person is blessed with a  full tank.  But someone with M.E isn’t, they only have a little, if any. Everyones different, so some of us may be lucky to have half a tank while others barely even get off the starter mark.

When it comes to M.E & sex , it’s a hard one (No pun intended) For many of us its not even on tha “to do” list because quite frankly with so little energy we have to prioritise it, basic things, things that a healthy person does automatically without even a thought, like cleaning our teeth, taking a shower/bath, combing our hair, etc  and lets face it , if you haven’t done any of those its unlikely anyones gonna want to  get up close and personal anyway.

and then there’s energy needed for things like eating,  it kinda helps if you can do this if your planning on staying alive, and even if your lucky enough to have someone prepare tha food for you, you still have to keep lifting that fork/spoon up to your mouth and chew….oh yes, for those of you who don’t have M.E, just a simple thing such as eating our food means that marker is getting lower and lower on our energy tank . So what are we to choose, food or sex? Why not combine the two someone once suggested, nice leisurely Sunday afternoon, take food up to tha bedroom and use each others body as a plate, before moving onto a bit of hows ya father?....

“Well firstly I don’t fancy getting my nipples burnt by a roast potato & secondly, it’s a bugger trying to get gravy stains out of tha sheets” was my reply….. but joking aside, sex and food still constitutes doing two things and even trying to do one thing when  you have M.E is tough enough. …..and being a bit partial to cheesecake, food would win hands down everytime, in my world anyway.

Now I’m lucky, because I don’t have to worry about Sex. I was single when I became ill and decided from then on to stay single N celibate because in my own personal opinion an illness like M.E is waaaaay  too much baggage to bring to anyones table. I would not under any circumstances take this illness into a relationship. Plenty of people do and that’s wonderful if its right for them, it just wouldn’t be right for me and besides music has always been my sex.

If you’re already with someone though then it’s a whole different ball game, if a couple have a strong relationship then it can still work because  for many couples that have been together a long time sex may not be a priority anyway and companionship is far more important, sometimes love alone is enough.

Then there will be those that find they can still handle sex in tha less energetic missionary position at a certain time of tha day without having too much of a health payback, and sadly there will be those who can’t or don’t talk about it and just grow further apart until resentment creeps in, he thinks she no longer fancies him, and she thinks she’s no longer fanciable .

When illness strikes it’s not just us that suffer, it’s often those closest to us that also take a hit. Their life changes too but that’s often overlooked. So  It’s important to be honest and communicate so that you both have a mutual understanding of each other’s needs and how tha other is feeling, so that it stops any guilt, resentments or misunderstandings from festering. Sadly I know of quite a few marriages and relationships that have broken down due to M.E and tha problems it can cause just as any other longterm chronic illness does, and sometimes no matter how hard it is, walking away is tha best thing to do for tha good of your health and sanity.

Tha thing to remember is, whatever you  do is right, as long as its right by you. Stay Blessed, Back Before Elvis