Tell it like it is, that’s what I’ve always believed in, stood by, and live by and even more so when it comes to Ignorance on tha M.E/Fibromyalgia front.  Now, I’m well aware some find my honesty a little too hard to handle, but I can honestly say that while being honest I still try to operate with a diplomatic tongue most of tha time, there’s no need for rudeness, or to be malicious or nasty to someone ( in most cases). 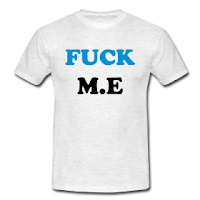 Tha digital age throws up a host of problems however, one being that as most conversations are done via email and particularly  Facebook  these days, what’s written is often left to assumption, and interpretation and in what seems like an ever growing age of insecurity and paranoia everyone seems quick to interpret it in a bad light and then WACK! goes tha delete button without question, or having the courtesy to at least ask. Those that know me well enough would know that I would never purposely set out to write something likely to cause extreme hurt to another. 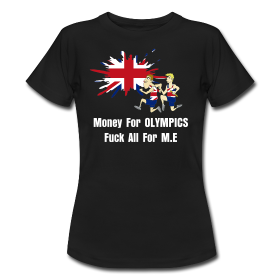 But saying that I’m not a total push over either, my ignoramous threshold is very high, its had to be, but when it reaches its limit then it’s a case of everybody duck coz I’m about to BLOOOOOOW! and then your feelings might just get hurt.

I always make sure I’m aware of what’s coming out of my mouth, so I have no regret, and I make no appologies for it.
One of the things I’m aware of is how M.E/Fibromyalgia sufferers are often too scared to speak up for themselves because they’re worried of upsetting everyone, worried of tha consequences. My question to them is why? 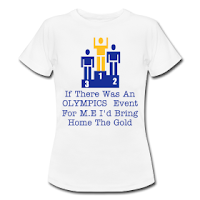 Whats the worst that could happen? You have M.E/Fibromyalgia, what could be worse? Why should you have to pander and walk on egg shells and put up with tha unacceptable, YOU didn’t ask to get ill, remember that. 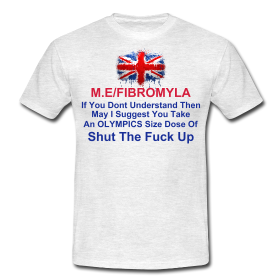 I no longer care if its family ,members , friends, medical professionals, politicians or strangers, I will not be treated badly, patronised or,humoured, if that upsets people then tough…….are any of these people worried when they open their mouths and hurt or offend me with their crass comments? In most cases Nope, of course not. If you’re worried because tha person treating you badly is your carer, whether it’s a relative or a paid carer its no excuse, in fact its worse if it’s a family member because their using your situation to have control over you. And my advice is to kick them to tha curb, they wouldn’t do it to someone else,  they do it to you because YOU’RE allowing them to get away with it. They know or think you wouldn’t retaliate in any way because you need them. Well let me tell you something my strong & beautiful friends, you don’t need them, in fact they’re probably making your life more toxic and the best thing you can do is to get rid, unless they’re prepared to change their attitude. 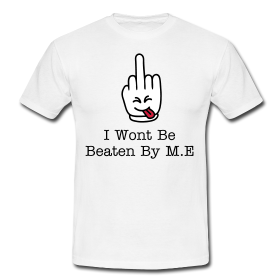 If you’re reading this you’re a survivor, a survivor of M.E, a survivor of Fibromylagia, and a survivor of all tha other ailments we seem to collect along the way, look at tha obstacles and challenges you’ve had in your life, have you really made it this far just to allow someone/anyone to treat you like crap?  No of course you haven’t, and while dealing with things often seems daunting, you will continue to survive. Unless you stand up to people, get rid of, delete, then nuthins gonna change, you may have an illness but You still have control over your life. 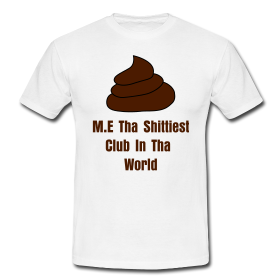 While it would take my ignoramous threshold to blow before I swore at someone for their ignorance I would be quite happy to wear my thoughts on a t-shirt, theres something about a t-shirt that seems to exonerate you from all blame “ Its not me its my t-shirt” lol!  Inspired by how many of you like to let rip at your frustrations of family members and tha worlds crass comments and ignorance and offence in some of the M.E/Fibro groups where we can let off steam in a safe environment without being judged or told off. I decided to design some more appropriate “Tell it like is” M.E/Fibromyalgia T-shirts. I’m even beginning to introduce some based on tha Olympics. All profit made from the sale of these will be donated to  http://www.investinme.org/ . Please note that there are some people who may find them offensive……………but hey, who gives a sh*t?  http://616915.spreadshirt.co.uk/p2  LOL! Stay Blessed Back Before Elvis J XXX