Me VS Giant Orange Space Hopper


So today I went to tha hospital to see a consultant & get tha results on my huuuuuuge belly better known as tha Giant Orange Space Hopper, being called  three days after a CT scan is never a good sign, so I’d prepared myself for tha worse case scenario, I’d even played out tha scene in my head. The consultant would sit there, legs crossed, stroking his chin before saying “ If theres anything you want to do, I suggest you do it now, and if theres any lose ends you need to tie up….” Yes I’ve probably watched too many hospital dramas, but you can never be too prepared.

It wasn’t so much a consultancy  but more a gathering, tha consultant, another man that sat by his side, he could’ve been tha  ventriloquist working tha consultant for all I know, and a nurse….oh, and me of course.

When tha consultant mentioned tha word Cyst I immediately burst into a Homer Simpson WOO HOO! Before adding “I can just leave it to shrink of its own accord then huh?”  Google is truly a godsend.

So turns out this Giant Orange Space Hopper of a cyst is so huuuuuuuuge, at present its growing across my belly and sits at 10” plus in length…Wow! That’s a whopper.

My google  education kicked in again as I suggested I could just have key hole surgery, drain tha cyst and then pull tha sack out? But it was met with that same sorry head shake.

Apparently I have a whole bunch of tumours swimming around inside my Giant Orange Space Hopper and they don’t know if its cancer or not….oh oh! Did he just mention tha Big C ?  I cant possibly go anywhere yet, who else is gonna piss everybody off?   tha jobs mine & mine alone, I certainly wouldn’t have time to train anyone else in tha skills I’ve acquired.

Good news is they cant see any other tumours in my body at tha moment and all Big C cells aren’t detected anywhere else in my body, Doc said “that’s not to say they aren’t there but at tha moment they aren’t showin up”
“yep quit while you’re ahead Doc, lets just leave it on a positive note huh?”

After discussing all options, theres only one which requires a major op. They’re concerned that tha Giant Orange Space Hopper is restricting other organs, its already pushing my bowel up into my chest so they want to get it out A.S.A.P but incase the tumours inside are cancer they have to take it out whole without it bursting it which means they are gonna have to cut me down tha middle from top to bottom.  “You’ll have a nice flat stomach again after we get that out” said tha doc.

Which is a miracle seeing as I never had a flat stomach in tha first place, and I also felt like adding “yeah but what’s tha point of a nice flat tum and a massive frickin scar down tha middle like I’ve been sliced in two and sewn back together?”

Then he dropped another bomb shell that they need to give me a full hysterectomy too while they got me opened up. Tha reason being, they wont know for 5 days after tha op if tha tumours are cancer or not, if it is, its more than likely cells will be on my ovaries, and will no longer be contained so they couldn’t open me up again and my only option would be chemo. They cant drain tha cyst because once again if it turns out to be cancer it will no longer be contained and they cant open me up again so only option will be chemo, so tha safest thing is to remove tha cyst whole and then take out all my lady bits. So that’s it, I have a pre op assessment this Wednesday.

I told them what I’m most scared of is staying in hospital where tha ignorance surrounding M.E is still rife. I was admitted about 12-15 yrs ago to Waford Hospital and it was one of tha most cruellest awful times of my life, they didn’t get M.E they thought it was an attention seeking thing, they ignored me and left me unfed for 4 days, and when my mum tried to speak to them they tried to convince her I was mental, despite tha fact nobody had been near me for anything let alone a psychiatric assessment, when my mum tried to point out that I was one of tha most level headed peeps you could meet tha sister actually started shouting neurotically and walked off.

Theres lots more I could tell you about tha stay but it was  truly frightening. Tha Nurse today knew about M.E  and she told me to tell tha support Macmillan nurse I’m being assigned whos gonna ring me . She reckons she’ll make sure that I wont get treated badly and that tha staff are made aware of M.E if they’re not already.

So that’s it, that’s where I’m up too, its such a bummer coz  I’m in tha middle of recording tha E.P so its gonna delay it, but sh*t happens and I’ll try and get as much done before I have tha op. They reckon I could be out of action for awhile especially as I already have scoliosis, M.E, fibromyalgia & Osteoporosis. And I’m just worried coz I know I say I often feel like I’m 93, but once I have a hysterectomy what if I end up lookin like I’m 93 & my skin dries up and I end up looking like a old prune, I’ll have to change my name from Mama Chill To Tha Rapping Prune..OMG! someone tell me it doesn’t happen? Lol! 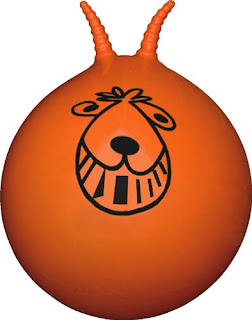