"I Reckon I Could Eat A Tin Of Alphabet Spaghetti And  Crap Out A Better Article On M.E Than Is Sadly Often Written In The Media" I have an illness called M.E also known by it's medical name Myalgic Encephalomyelitis, that's .....My-al-gic (jic) en-ceph (seff) alo-mye (my) lit (light) is..... Put it together and what have you got? Bibbety Bobbety Boo... M.E is a chronic complex physical illness affecting the whole body with symptoms such as Exhaustion, this is not about feeling tired, we're talking about a total bone shattering painful body Exhaustion, Problems with Breathlessness, Brain function, Memory Loss, Co-ordination, Brain Fog, Muscle spasms, Nerve Endings, Bowel and Bladder, Sensitivity to Light and Sound, Heart problems, Eating and Swallowing (Unsafe Swallow) and a whole heap of other stuff that you really wouldn't want to be dealing with given the choice. 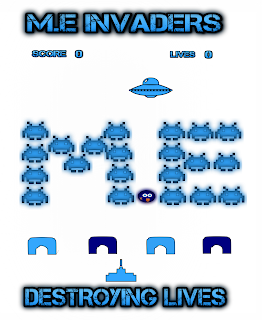 But sadly, living with M.E isn't a choice, it's a serious condition that can strike anyone, any age, any gender, any culture. One day 30yrs ago I was struck down with Flu not knowing that life was about to change forever. As the months went on I just seemed to get worse untill I no longer had a social life, and I  also had to put a halt on my music career and finally the last thing to go....my job. I'd already been diagnosed with Scoliosis as a child & after the M.E diagnosis I went on to get Fibromyalgia and Osteoporosis, which is quite common with M.E Sufferers. Despite M.E being classified as a physical illness by the World health organisation since 1969 there are still those in the Medical Profession and Media with ignorant outdated views still trying to drag it down a psychiatry route. I consider myself a tough cookie, but I can honestly say that over the years nothing has been as frightening as being on the receiving end of such mass Ignorance and Prejudice, and by the very people supposedly there to help, it felt like a witch hunt and we were living in Victorian times. 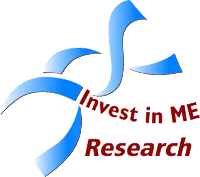 Thank goodness things are now changing, the world is waking up & the ignorant are in the minority and for the first time we're seeing real hope. I believe a lot of that is down to a UK Charity that's leading the way called Invest In ME Research    it's only a small independent charity but it's doing tremendous things. The Charity get no government funding and rely entirely on public donations.

The amazing thing that makes Invest In ME Research stand out from many other charities is that it's totally run by Volunteers, this means there are no wages so every penny of your donation goes to where its supposed to go.....Making a Real Difference.  This is just one of the many reasons I support them and why I am honored to be a team member and one of many ants in an organisation run by M.E sufferers called Let's Do It For ME!  who work in support of, and hand in hand with the charity to help raise awareness and much needed funds for the charity's aims of a Centre of Excellence, You can read all about  LDIFME   and jump on board if you feel you can help?  If you're on social media even things like Retweeting and Sharing posts help to make a difference and is greatly appreciated. So........Lets Do It For ME! 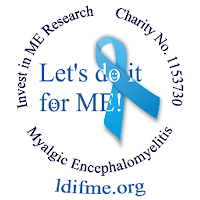 While we continue to go forward together and help realise the dream of a Centre of Excellence, Diagnostic test, Treatment, and Eventual cure, we must never forget the shocking cruelty many have suffered or ever let slip from mind those who haven't made it, those like Amberlin Wu, Sadly not everyone  survives living with M.E, there are those that die from secondary problems caused by this chronic complex condition and then there are those like Amberlin,  battle weary after years of fighting the illness and the prejudice that often surrounds it, that end up taking their own life. 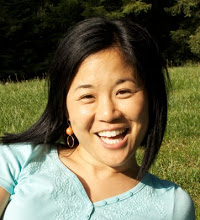 She had sadly but beautifully written about her M.E Journey in  "The Box Story"  It was a story that resonated with me, as I'm sure it will with many of you?  And although I never knew Amberlin I've  felt connected to her ever since, and so in her memory I  continue to share her story.


This fight is for  future generations so they don't have to go through what many of us have been subjected to. So If you as an individual or your company are looking to support a charity, I ask if  you'll take 5 mins out of your busy schedule to go check out the amazing work they are doing?  For  Music, Videos, Merch and More.......